It’s a world 2000 years in the future where the sea lever rose to near ridiculous levels, a scenario that can…

It’s a world 2000 years in the future where the sea lever rose to near ridiculous levels, a scenario that can be seen in animes like Blue Submarine no.6, Tide Line Blue, Suisei no Gargantia, and most recently, High School Fleet.

All happening in Japan. But, what about Singapore, would we have survived?

Creator and dreamer, Skrei Creys, might have a vision of the future for us, with her very coherent dream. You know It’s rare to have a complete dream, and even rarer if it actually made sense. And the below is her story,

You have somehow managed to get transported 2000 years into the future. Singapore as you know it is flooded. Water levels have risen exponentially and about 7 floors (20++ meters??) has become covered by water in 2000 years. People are using the tallest buildings to live in now. 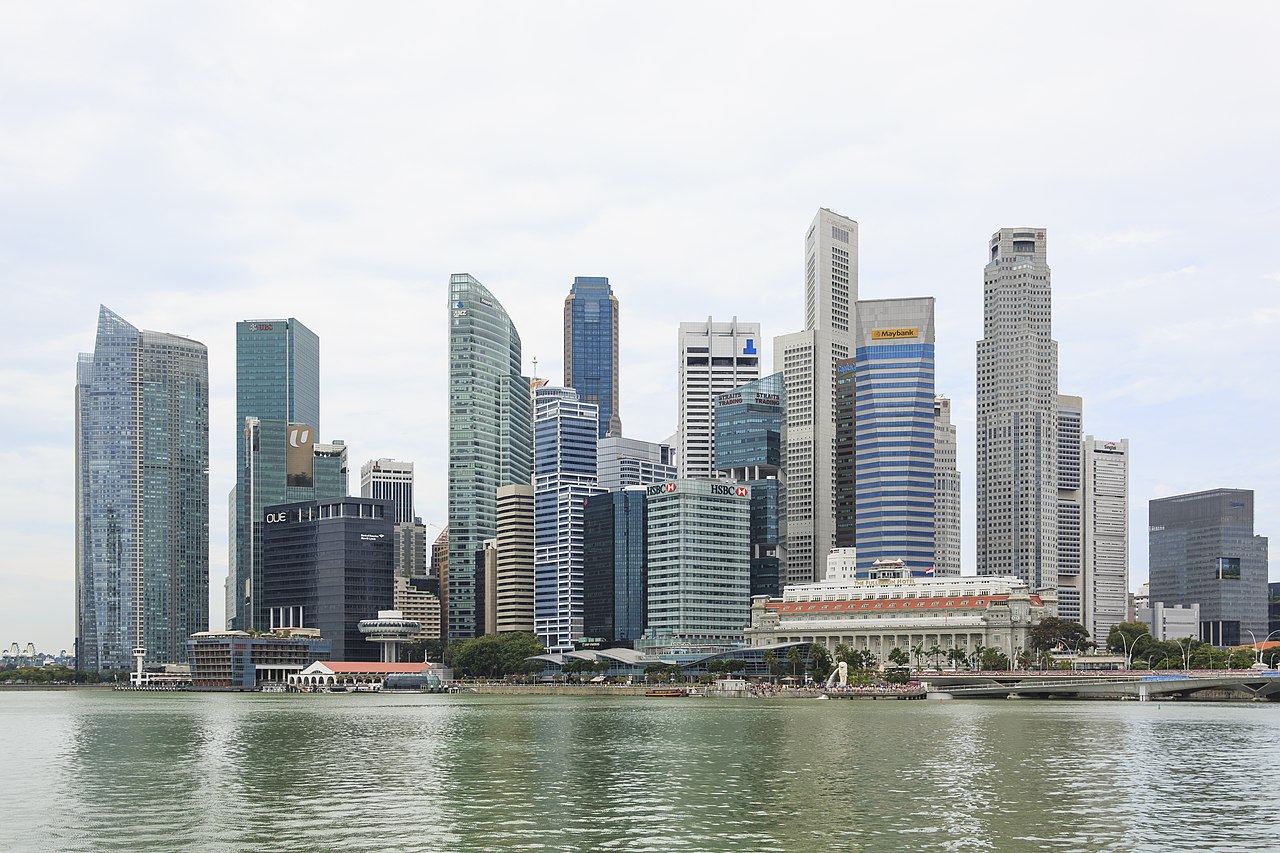 Some buildings are connected using bridges and “lifts”. The lifts are actually more like zip-line/flying fox cables with a harness that acts as a seat and are a faster way to travel between each building. You can hook yourself up to one of these harnesses by yourself, and everyone knows how to do it (even the children)

The weirdest thing about the “future” is that nobody talks. At all. Except for a handful of children. Everyone is implanted with a chip (kind of like Motoko from Ghost in the Shell) that connects them to a massive wireless system. The system allows information to be passed on very quickly. You can also communicate with other individuals through the network. Kind of like now when we type on social media but instead of typed words our thoughts/emotions are sent through the network to other individuals. You can choose to privatise the channel so you can communicate with only one person or a select few people.

Your arrival to this new Singapore is foreign. Nobody knows how to talk to you. And you get laughed at for ACTUALLY USING YOUR MOUTH TO TALK like a regular human. All everyone does is stare at you like they want to say something. And then they walk away when you don’t “reply”. To them, you seem kinda dumb (in both meanings of the word). But they don’t know that you don’t have their chip. You are not like them. Maybe you are too poor to afford the chip implant, but it’s such a common practice now almost everyone does it.

Next thing you know, you are in the hospital. The doctors realise you don’t have THE CHIP. And they have to talk to you “manually”. You can hear how garbled the words sound. And it takes you a lot of effort to understand what they’re saying. Mainly because the English language has changed over 2000 years, so the speech is different. But their pronunciation of words is terrible from the lack of use of actual speech.

You get discharged from the hospital when they don’t find anything wrong with you. They can’t keep you there forever; they don’t know who you are and they doubt your ID. (They also don’t really care about you since you can’t pay them) Even if plastic can last a very long time, 2000 years is still too much for it to still be in pristine condition. And believing the numbers on your card means you’re technically over 2000 years old. Even with their technology and medical advancement, no one lasts that long.

And so off you go back “onto the streets”. Except there are no streets because the actual streets are covered with water. You observe how people use the zip lines and try it out for yourself when you’re confident enough. You realise that people with money travel on boats/ships, and you are broke. So you’re stuck with the bridges and zip lines. It’s less safe, but you don’t really have a choice.

Some way or another, you manage to get back to where you first landed: in your own house. Amazingly, your building still stands. As with some others in the neighbourhood.

You also manage to make friends with some people in the neighbourhood. Most of them are children, (they are the only ones who are willing to talk to you normally) but there is also this old gentleman who’s taken a liking to you. You treat him like the kind old grandpa you could have had. (Your own one died many years ago)
They talk to you normally, and you teach the children all the games you played as a kid. They are fascinated. (And they also suck, but that’s besides the point)

At some point, the old man teaches you a sort of dance, and makes you his dance partner.

You start to get used to the life here, even with a number of thunderstorms that add to the already crazy water levels. And it’s during one of these storms that your adventure ends.

You were saying your goodbyes to the children and the old man. Storms of this time are kind of dangerous due to various reasons.
1. Increased amount of water
2. Increased number of lightning strikes
Definitely a bad idea to stay out.

You set yourself up on a zip line and get ready to go home. As you sail past the waters below, you hear a crack. The ropes of the harness holding you have ripped and you crash into the wall of the building you were heading towards.

Instead of dying, you wake up back in your own time. With your messy room and your actual family. Your confused mind makes you a bit crazy, and you redecorate your entire house, etching stuff into the walls, cementing stones from floor to ceiling in swirls of patterns, painting, sculpting, just to make your mark in the house, hoping that they will last 2000 years. You can never forget the adventure you had.

2000 years into the future, the children and the old man watch in horror as you crash. They didn’t find your corpse, but when they get to your house, they find their names on the wall. The stuff you made that somehow lasted 2000 years. Stuff that wasn’t there before. And you were remembered as the girl who could talk.

That is quite a dystopian world, with Singapore’s land mass all but gone, in fact, we’re not even sure if the human race would survive on earth for that long. It’s a good read nonetheless.

What do you think will happen in the near or distance future? Share with us in the comments.

Well he is but a shadow, do you think he is really a person?

This site uses Akismet to reduce spam. Learn how your comment data is processed.

We Watched the “Tokyo Revengers” Movie and Here’s Our Review (and Movie Tickets to Giveaway Too)!